Can it be more epic than to be able to post a blog post from high above the ground? I am pretty impressed by this myself.

Today I wanted to reflect upon the event that closes GPP events every year – Shootout. The principle of the shootout lies in having 3 photographers competing against each other on a given subject. None of them is supposed to know the subject before they arrive to the stage (as they are taken out of the room while others perform their shoot).

This year we had 3 amazing photographers to participate – David Hobby, Rafael Concepcion and Benjamin Von Wong.

Although by winning a shootout you don’t actually win anything apart from a round of applauds from public, there is still a lot of pressure involved. All the people who come to the event have stickers with the faces of those they support, and there is a lot of trash talking going on before the event starts. It is also usually super sold out, so you can’t just show up, you have to register, and usually there is a massive crowd before the beginning of the event.

I truly love all three of the above-mentioned photographers, but I somehow made friends with Benjamin who is an amazing personality apart from being super talented and creative. I really wanted him to win cause he shared his idea with me and it looked really cool what he was planning to do…

The weather that Friday was more resembling the end of the world. Sandstorm mixed with heavy showers, wind (that actually managed to blow away my credit card from the pocket while I was walking from the coffee shop that day). Everything that was not attached was flying around. 1 minute spent outside and your eyes were so full of sand that you couldn’t stop rubbing them for the next couple of hours. That kinda weather.

Ben showed up early and didn’t know much what to do with himself, so I asked him if he wanted to go for coffee. He is that strange person who wears a t-shirt and bracelets with his own name (well, we all have our peculiarities… I like to wear bright pants :P) but what was funny that day  that he managed to lean on some freshly painted wall so his t-shirt and also most part of his arm was covered in paint. If you ever met Ben in person, this fact probably won’t sound surprising… but out of all days, this had to happen when you have to create magic in front of 350 people…

After that coffee I don’t know whether it was the stress or the caffeine, but my friend turned into fire-spitting selfie-sticks-spearing entertainment machine and went to warm up the crowds, riding up and down the street on his boosted board. RC was half, if not the quarter of the RC we have seen during the week cause he was super tired and couldn’t sleep last night. David Hobby was profoundly shitting his pants, although he has done the Shootout before… but he was the most stressed out of the three.

During event there are also commentators, and someone who counts how much time is left to complete the task. Each photographer is given 20 minutes to take the picture, and to edit it. And in the end the audience decides who took the best picture. No pressure, really.

David Hobby chose to be the first since he couldn’t stand the waiting any more. This is when we found out that the subject of the shootout was “Balance”. If you are given a task to shoot balance in 20 minutes, I don’t know how many ideas will emerge in your head… but I thought right there and then, shit, I can’t think of anything.

But David found his balance by inviting a father and daughter on stage and took a simple one light portrait of them saying that it is so difficult to balance your work and personal life and the line is so thin and fragile. It was incredibly touching. I think Zack Arias cried. Although people say he cries all the time. It was sweet, just the image wasn’t that striking. 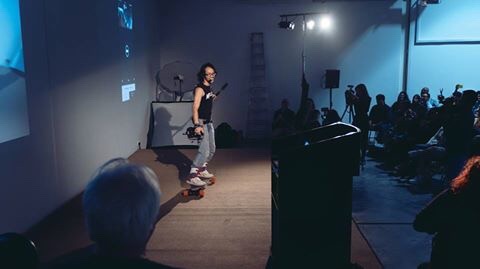 The next in line was my dear friend Benjamin who couldn’t be himself if he didn’t put out the show. I think everyone sat there with their mouth open looking at what he was trying to do. He put one of the directors of GPP on his boosted board, gave her a 360 camera, made half of the audience run upstears for more dynamic image, smoked the place up with some smoke aerosols, asked the other director of GPP to pick up the fire extinguisher and to push Hala on the boosted board through the audience. It was spectacular but either the technology or Mohamed’s pushing abilities failed a bit and the picture didn’t come out that well.

The last was mister Rafael Concepcion who I was expecting to be joking around and making everyone cry of laughter as he usually does, but instead he wasn’t saying a word. He asked for a tripod, trigger, gels, some lights. Pulled out a random Emirati guy with a camera and a girl in the background and was trying to create something without telling us what his idea was. It was stressful to look at him. Even more stressful that looking at David Hobby almost making the little girl cry.

And in the end, RC created an image of red and blue balance in the back of the Emirati guy who was wearing the perfectly white outfit. The image didn’t speak to me really, but we all just wanted to give RC a hug and say that he did great. So that’s how he won the shootout. His image was the most technically perfect. That we can’t deny. 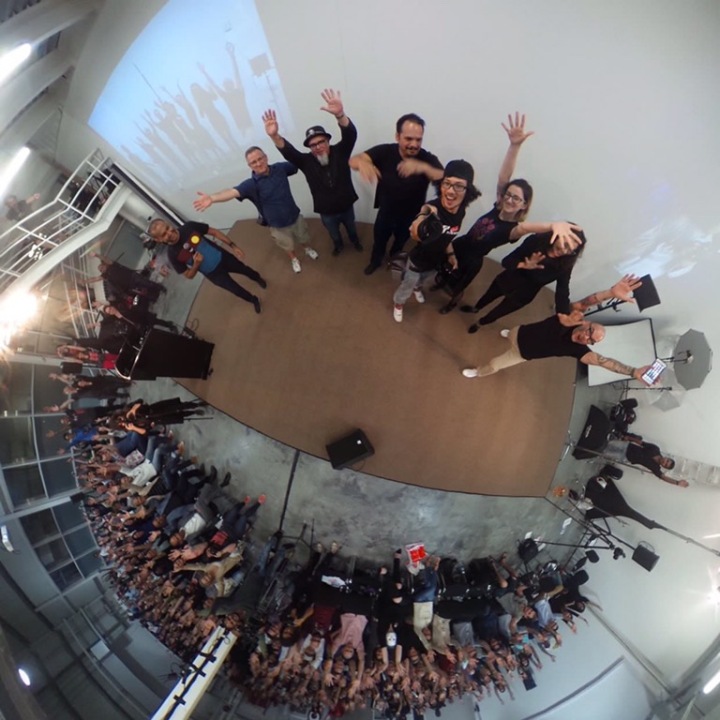 It was a great show that felt like it only lasted a couple of minutes. Everyone was on the verge of exhaustion, but we took a group picture where I got to hug RC 🙂 and then loaded ourselves on the bus to go party in style in Dawn’s villa. 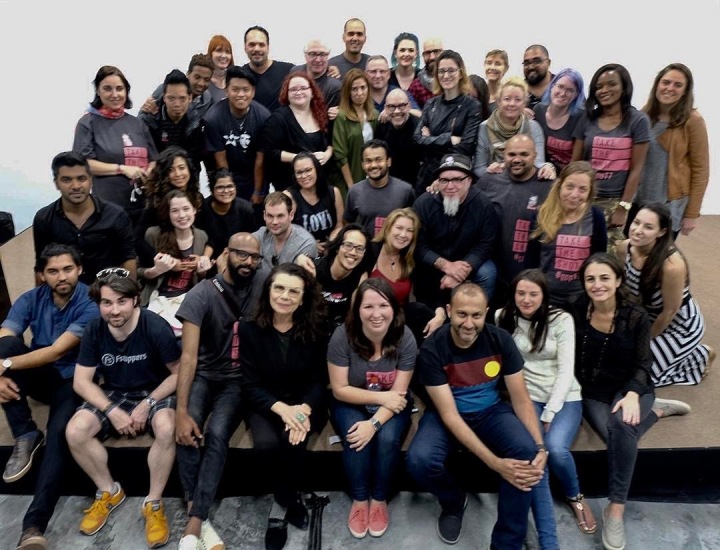 Lack of sleep, stress and long working hours don’t mix well with alcohol so half of the night people were trying to throw me into the swimming pool, spilling drinks on each other and then when it started raining we were all dancing around the plastic ball that changed colors in a half tribal, half Macarena way. It was definitely a night to remember.